Where it all began

Two brothers, Norman and Joe Gledhill started up in business manufacturing domestic copper cylinders in 1926 in small premises in Blackpool. Norman, who was married to Louise Ainsworth, had 3 children Keith, Houghton and Norma.

As the cylinder business grew, they moved to a larger premises until the outbreak of World War 2, when copper supplies dried up so manufacture ceased. After the war Norman and Louise set up Norman Gledhill & Co Ltd, manufacturing cylinders for plumbers merchants. At this point his sons got involved in the business after school and during holidays, Keith delivering cylinders on a hand cart and Houghton helping on the factory floor.

By the mid 1950’s, Gledhills had grown into a family run business, 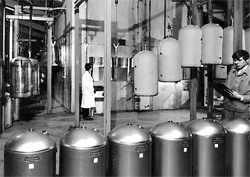 with Louise and Keith handling sales while Norman and Houghton dealt with the production and development side. In the mid 1960’s, Norman and Louise were reaching retirement age and they received an offer to buy the Gledhill company. The offer was accepted and the two sons worked for the new owners, who kept the Gledhill name for the company. While working for the new owners, Keith and Houghton travelled the world looking at different production methods. 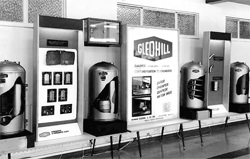 In 1972, Keith decided to set up his own cylinder making business in the premises his father had before World War 2, comprising of 2 coppersmiths, driver, salesperson and book-keeper. Soon after, Houghton joined his brother, enticed by the idea of custom made cylinders, and they soon opened a depot in Blackburn. As trading increased, they had to move their Blackpool operation to a site next to Blackpool Airport, where the head office and stainless steel production centre is today. 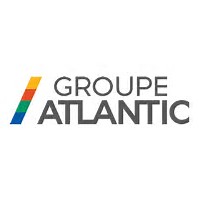 In 2015, Gledhill was acquired by Groupe Atlantic, an international manufacturer of thermal comfort solutions. Groupe Atlantic has more than 5,900 employees worldwide, with 20 factories across Europe distributing products to over 100 countries.